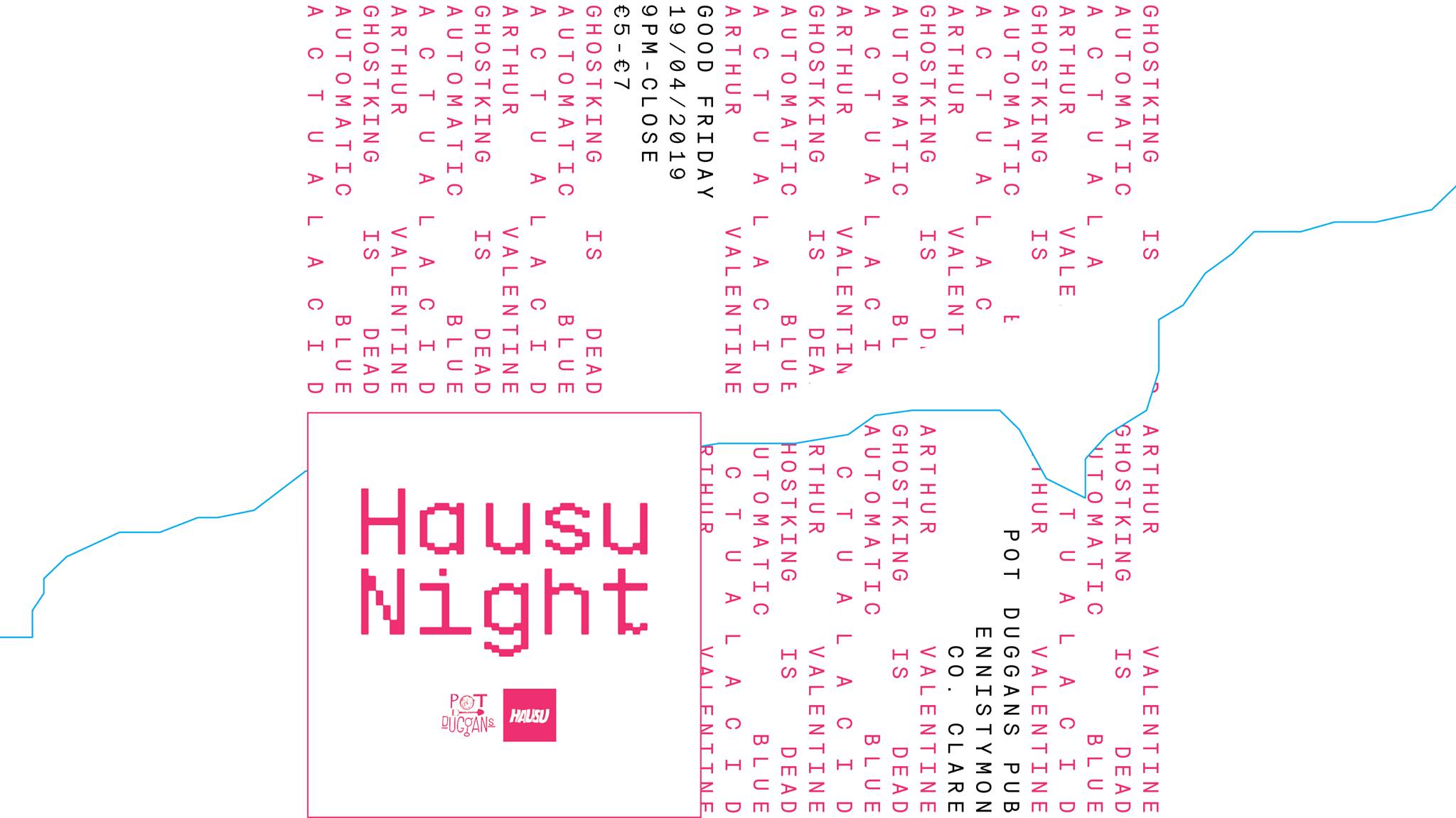 Cork’s DIY collective Hausu – consisting of several linked bands and solo artists collaborating on new sound ideas – is bringing this ethos to the live environment in 2019 – starting with a showcase event at the iconic Pot Duggans Pub in Co. Clare.

Ghostking is Dead – one of Nialler9’s top new Irish artists – makes his return to Pot Duggans after an appearance at their Tower St Music sessions early in the year. Touring off the back of his two acclaimed EPs from 2018, a set of standalone singles, and foreshadowing his first single of 2019 in late April, GKD’s explosive set has already appeared at festivals like It Takes A Village and Quarter Block Party with summer festival slots next in his sights. His music defies classification, somewhere between rock, soul and R&B – he’s been compared to King Krule and Destroyer by the internet’s favourite critic Anthony Fantano, Spotify listed him among the new generation of urban sounds representing the Emerald Isle.

Arthur Valentine, Hausu’s R&B darling, made quite a landing with his debut single Selfish – earning praise from Nialler9, GoldenPlec.com Music News, The Irish Times, REMY, Spotify editors, radio hosts, and a Canadian producer when it landed, sweeping its way into being Hausu’s most-played track. With his debut EP recorded and waiting for its moment, Arthur’s songbook spans delicate, fragile folk to jazz and R&B inspired pop, drawing from long-recognised greats like Jeff Buckley and David Bowie to modern contemporaries like Frank Ocean, Rex Orange County and The Internet. His solo show is intimate yet lively, connecting effortlessly with his audience.

Automatic Blue’s live debut follows years of songwriting and soul-searching – his first collection of songs, Baby, a set of forward-thinking electronic pop jams that set him apart in a busy scene released a year ago. Drawing from that and an album’s worth of new material – Junk, set to release throughout 2019, his live set aims to expand the energy and intimacy of his home studio to the stage, working with seasoned touring artists like Ghostking is Dead and Alex Gough.

Actualacid, Jack Corrigan’s outlet for experimental music and psychedelic takes on contemporary sounds, also makes its debut stage appearance at Pot Duggan’s. His fingerprints are all over Hausu – from work with Repeater, Automatic Blue and Ghostking is Dead to his own cult-favourite singles, video projects and the Boredoms 500 EP. His live set comes accompanied by live-coded visuals by Hausu’s systems architect Colm, reacting to the music, the space, and the infinite ocean of data they can reach.

Pot Duggan’s – a quiet, intimate space – winner of Irish Pub of the Year and Atmospheric Venue of the Year in 2018, was an easy call for Hausu’s first exploration of self-organised, self-run events. Some other surprises – unreleased material and new collaborations – are being lined up for this Good Friday far from home. 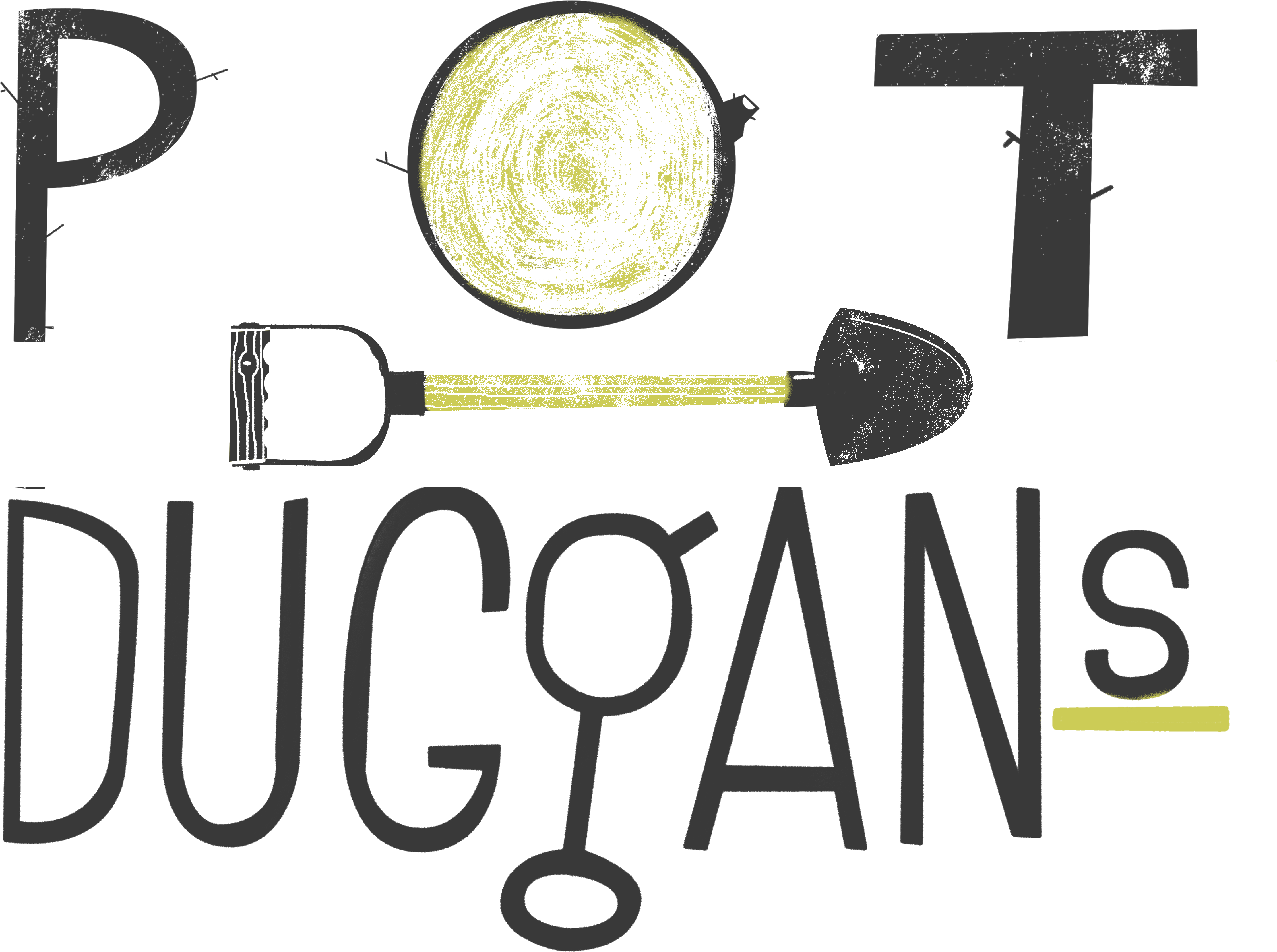